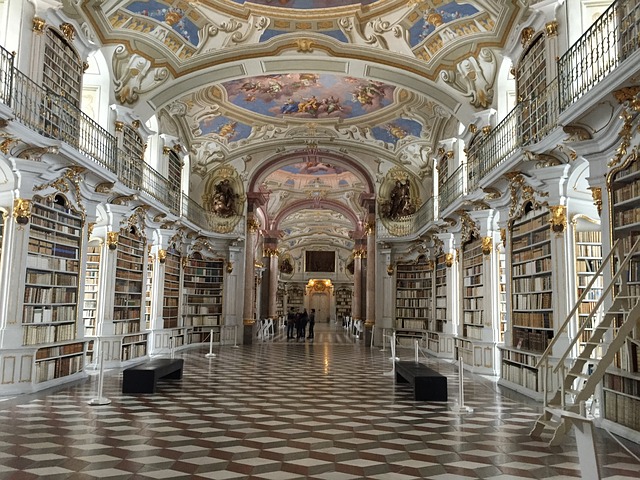 Although I have written several articles on this topic, I feel the need to elaborate on why you need to learn to suppress the yearning to know and understand everything, because it can make you obsessive and even a little crazy. One of my mantras is that you get to know what you need to know, and not what you want to know. Now, I know it’s hard to leave it at that and to take it at face value, and to try trust in faith, because that doesn’t stop that thirst for trying to understand why something bad happened to you when you didn’t do anything wrong. There are cases when you maybe shown why, but then not fully understand why or misinterpret it. This is why often Spirit doesn’t tell you what won’t help you in the future because misinterpretation can lead to confusion, and thus a blocked path or a disconnection from the Higher Self or other Guides.

I know it’s hard when you ask for answers and you get nothing, and that can lead to a loss of faith for we are always led to believe that if we ask, we will be shown the answers. That isn’t always the case and no you haven’t been abandoned, but quite simply put you may not be ready to hear the answers you seek or the reasons why something has had to occur. I also know that is little comfort when you feel stranded and unsure of which direction to turn or what to think. That’s your lesson; to try and figure it out alone because from that you will learn both your strengths and weaknesses for we all have them.

The problem is the more you ask and beat yourself up over things, all that will happen is that you create your own standstill, and get blinded with obsessively wanting to know everything for the sake of it or because you feel entitled. Sometimes I want to explain things to my charges, but I know they aren’t in a place mentally (or spiritually) ready to hear what I have to say, and aren’t yet ready to accept the answers because they aren’t ready to understand the why when something happens that they didn’t like.

Learning to suppress the desire and need to know and understand why something happens isn’t easy, for even when you try (or think you have done so), there is a little voice at the back of your mind still wondering. That’s normal, but how helpful is that? You hold on and want to know so desperately that you maybe oblivious to the answer or to signs that you needed to take note of or that were in front of you. When you become obsessed that’s what happens, but how does that help you? It’s understandable to be angry, confused, frustrated, and annoyed, but that won’t change much. Perhaps Spirit will throw you a small bone in a bid to pacify you, but more often than not that can lead to more confusion. What if the answer you get is disappointing and makes you feel worse?

First of all, you need to get around the fact that you are ‘entitled’ to answers and reasons. It took me a while to grasp this, because I thought this is my Soul and I have a right, and while we do have rights, we get to know when we need to know, and that isn’t something you can always control or demand. So, no, you are not entitled to answers on demand. Having discovered information that I wanted to know rather than needed to know, I can say I now get why we can’t demand to know things because it’s in our best interests not to know at the present moment.

When it comes to ‘understanding’ why something has occurred, you can only get an overall picture and be objective once everything has come to pass in hindsight. You can’t fully understand or be impartial when you are still seeing through a situation or going through a set of circumstances, hence why you won’t be shown the why until you have made your choices and learned from that situation. It’s like reading a critical review of a book or film before you’ve read or seen it; it’s counter productive as you won’t have had the chance to glean your own opinions on things or understand fully what is being discussed.

Sometimes we think that if we know the answers then things will seem clearer, and that by having that knowledge it completes us and allows us to do more. In theory that is logical, but we must also accept some knowledge can bring about pain and trigger memories that should have remained hidden. We can never be sure that the knowledge we seek will enlighten us, for we can’t predict how we will react to things especially if they are emotional. For instance, I asked and I was given the answer to a particular question, one I had been asking for quite a while. I was surprised when they finally told me (or allowed a reader to convey it to me) and I had to be strong afterwards for what I heard was that I did some rather cruel things in some of my prior incarnations. It left me with feelings of shame and disgust for myself. You can try and question the validity, but deep down what was said did resonate and I knew the possibility of it being real was high, no matter how much I wished to deny it. At this point I was in a position where things had culminated and I could understand why certain things has transpired or why I reacted as such in a given situation which was out of character for me. In this case it helped me understand why I behaved out of character, but also has alleviated some of the guilt attached to the situation.

In other instances where I have asked for answers, I have been blocked from pursuing them and in my greener days I would have pursued it whereas now I accept there is a good reason why I don’t need to know at this given moment in time. You see, even traumatic events in the past can return to haunt us and that doesn’t help when you are seeking new challenges, while battling ones that have been already fought and maybe lost, and that aren’t applicable in the current incarnation.

Building up resentment and anger towards Spirit or readers that won’t divulge information doesn’t help you or the situation, and creates a low level of negativity. It’s natural to be frustrated because we instinctively think things are being hidden from us and it’s assumed we can’t cope or handle that information. Some will say, ‘let me decide for myself…’ but as your Higher Self helps make those decisions as to whether information should or shouldn’t be relayed, then surely you need to respect the objective part of your Soul in their decisions, after all, all they are doing is protecting themselves and your Soul?