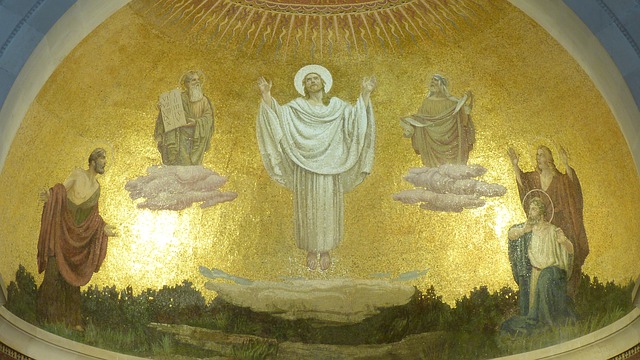 I went to a church school, and like most children were taught that God and Jesus watch over us and help us whenever we need it. As a child it makes you feel protected and safe, but is this slightly misleading? We are taught to pray for guidance and assistance, but also for forgiveness, yet I see many making a mockery of it all. Today is Easter Sunday as I write this, probably the most holy day of the year, and while I respect religion I no longer attend church at present. I may do again when I find a church I feel comfortable in and that I feel is genuine. People ask for silly things like ‘find my keys’ or ‘help me to lose weight’ and for forgiveness for things they know are wrong, but continue to do regardless.

The problem I have seen from attending church and from speaking to churchgoers is that they expect so much from God, and feel they are entitled to forgiveness (whatever they have done) for attending each Sunday. Some carry out church work because they feel that is their payment to God to help them, and I know that sounds cynical but a former friend of mine used to go to church (and I went with her once) and asked for forgiveness each week for the same thing (mainly being selfish to others). I asked her why ask for forgiveness when you can just stop being nasty and selfish, and she replied because she can ask for forgiveness! The point she failed to realize is that you ask for forgiveness, learn from it and don’t do it again.

So how do you determine when to ask for help or whether it’s appropriate, versus waiting to see if God will intervene and help? There is no formula per se, but think about it in terms of when you need help; you call the emergency services, otherwise they don’t know you need help. Maybe you have slipped and you think you’ve broken your foot, but when the paramedics arrive it’s just a sprain so you didn’t really need help and could have sorted it out by yourself.

It’s the same in the spiritual realm; you call for help (as they don’t know whether you want help or not), but you don’t really need it and could have figured it out yourself. However, you want reassurance, and in the case of some the easy way so they don’t have to take responsibility for their actions. For example, you don’t know if you want to get married to your partner as you have doubts, and ask Spirit to tell you what to do. That’s a bit of a cop out because everyone has free will and they know if they love someone or not, but people are afraid of looking like the bad guy, or what people will think if they back out. The question is why do they care what others think? In this case Spirit won’t help you decide, but may help you see what really matters. The simple fact is that if you have doubts and even have to ask the question indicates the answer already.

The general rule is that help and assistance is given when Souls ask for it whether it’s through praying or just asking out aloud. You see while everything is heard, not all prayers are answered which is why some people lose faith in God and the spiritual realm. Quite simply put, they cannot answer every request because some are not in the best interests of the Soul or it goes against the planned incarnation goals. This is particularly in the case of people who die young or suddenly and people get angry at God.

Many also want to know why things have happened, but as I have said before you get answers to the right questions asked. If you receive no answer, it maybe because you are asking irrelevant questions or that the answers would serve no purpose and could in fact hinder you and confuse you. I experienced this myself when I was so adamant and determined to know, as I wanted to understand why something happened instead of focusing on the present. I felt I had a right to know, and believed by knowing it would help me. The Powers That Be relented and told me a little of what I wanted to know, and my heart sank a little. Yes, I understand now, but has it helped me? Not really, if anything it burdens me more than if I didn’t know, but I cannot unknow this now, yet, deep down I already knew. Having the information confirmed, well, all I can say is that it helped me understand why certain things occurred, and what others meant when they had said vague things to me in the past.

Guides must also ask for assistance if they are not able to guide their charges. This is often when Earth Angels are called in to help on the physical realm, to help reinforce a message or if the charge has stopped listening to the Guide. All Guides have mentors and those in training will often be under their supervision. It’s a bit like a hospital where a resident will be under the supervision of an attending physician. They will then try and sort things out together, but if they can’t they must then go to the head of the department and then the director. The big ‘but’ here is that they must go to the head of the department and present their case, and also stand aside and let them carry out whatever action they deem necessary. The head of the department cannot just intervene unless a lack of action causes harm and danger. In a nutshell, Guides may seek help from other Guides (such as those in the same Soul Group, Earth Angels who are Old Souls who are available for call outs, and their mentor Guides who then can also consult with other Guides), but they must ASK, and by doing so they are handing over their responsibilities temporarily to others.

There are many reasons why Guides fail to seek help, or they ask too late that some damage has already been done, and it can come from ego or a desire to fast track their guiding skills. Some simply get too close to their charges and wish to do whatever they (or see their actions as harmless) can to make life easier for them which is a mistake all make at some point, but learn from. Guides can also ‘abuse’ their powers and cross the line over into a gray area. Let me explain this a bit more; Guides can see and hear everything on the physical plane, but that doesn’t mean they should listen or use all that they can see and hear to aid their charges. They have that power to help warn them when there is danger, or to help them remain on the right path. There is a fine line here as to what is aiding and what is abuse, for using information or knowledge that others have and that have not made privy to others is an abuse. It’s a little like spying and eavesdropping and using that information for their own gain, for example cheating on an exam by hacking into the school system and finding the papers beforehand.

I recently experienced this as I knew some Guides of another were watching me and wanted to know how to redeem themselves as they had been reprimanded. Suddenly the exact words I had used when someone asked me how Guides could redeem themselves were written on a website of their charge. I stated that this was an abuse and the actions had hindered the charge even more, and within an hour it was removed! Even I was surprised at the speed, and the naivety of the Guides that thought they could listen in and copy what I said and did to get back into the good books. No, it takes time to prove that a lesson has been learned and that they have understood why their actions crossed the line, even if it was ever so slightly.

We are free to ask for help as and when, but that doesn’t mean we should expect each request or prayer to be answered, for many things will resolve themselves as a natural course of events unfold without any spiritual assistance. One needs to be patient, and accept they will not always understand the reasoning behind what has occurred. I do take exception to people asking for help when they haven’t tried to do anything about the situation and sit back and expect Spirit to sort things out. I do feel this is the fault of many spiritual teachings that give people a false sense of security, and who encourage people to ask Spirit for whatever they wish and make it sound as if they have that right. It’s misguided in many respects because no one should become dependent on Spirit to assist or expect them to be at their beck and call. 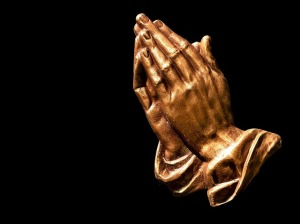 Spiritual assistance can come when a Soul has not requested it, but by the Guides that are overseeing the charge. Perhaps a charge has hit rock bottom and has lost their way on their path and no Earth Angels are around to assist, or that other members of the Soul Group have diverted on their paths and are not there to assist either. Here is when Spirit will opt to help on a temporary basis, when their incarnation plans have strayed, or the actions of others have resulted in some harm that had not been agreed beforehand. The primary function of a Guide is to assist a Soul in achieving their Soul Goals, and to protect them from harm that was not agreed before an incarnation. During an incarnation, all will encounter some harm so they can learn from it, and that is how a Soul evolves. It is impossible to incarnate and never experience any harm, therefore a Guide cannot shield a charge from harm completely ever.

Before you ask for help, think about whether you really need it or if you just want a quick an easy answer to a problem. Herein is where many Souls fail to achieve their Soul Goals and make slow or no progress in an incarnation. There are those too who don’t ask for help due to ego, stubbornness, shame, or pride, and again they have failed to learn. We all need help at some point; it’s knowing when to ask and not to feel ashamed for we all have limitations. Guides and The Powers That Be will assist those who have tried to resolve things themselves, but they are limited too for they cannot interfere in planned Soul Lessons, that allow the Soul to evolve for that is the main aim of an incarnation.