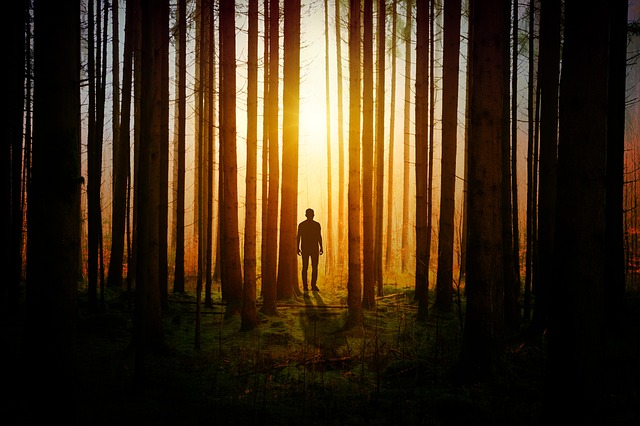 Think of Snow White and her stepmother, Little Red Riding Hood and the Wolf, and Luke Skywalker and Darth Vader and you’ll get what I mean. A Young Soul is like an innocent baby, and are more vulnerable to the charms of the dark or bad influences, and there can be consequences if there is no one to protect or stop them. Guides can only do so much if a Young Soul chooses not to listen, and are the prey of dark souls.

First of all, in my book (The Soul Expedition, still being edited! ) I discuss the traits of a Young Soul and those include arrogance, impatience, generosity, and recklessness. We all have to learn, and each Soul will have had these traits and will learn from them. The physical age bears no resemblance to that of a Soul Age, and I often find elderly people who are Young Souls that haven’t learned the lessons they had planned. All Souls must learn at their own pace, but what protection does a Young Soul have when they are being pursued by a dark soul? 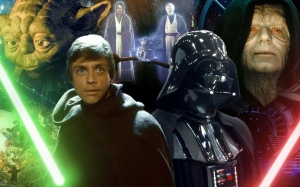 Every Soul has a number of Guides to protect them, and a Young Soul has more, simply because they can be oblivious to messages that are right in front of them, and thus need extra nudges. That also means when a Guide is trying to communicate, a Young Soul may not hear the message, or misinterpret it (as Guides all communicate in different ways), and that’s when a Young Soul is at their most vulnerable and can stray, be taken advantage of, manipulated, hoodwinked, or be betrayed without realizing it.

A Young Soul can get impressed easily by others, plus they have a short attention span and so they like to have lots of people around them, but that also means they are less aware of those who maybe using them or wishing to poach their energy, because they get distracted easily. The energy of a Young Soul is light, but is powerful because it hasn’t been tainted with much negativity, therefore is valuable and is easier to steal. Young Souls can and experience negativity, but unlike an Old Soul who may have residual layers of negative energy (and more experience to recognize dark souls), a fresh and green Young Soul will have a relatively tarnish free one, and it may affect them more readily as they don’t know how to cope with it or recognize it either. Consider a Young Soul a little like a virgin!

In short, they are prime targets for dark souls who manipulate and charm Young Souls. The problem is they not only steal all their Soul Light and energy, which weakens them, it then binds them as well, meaning they can be easily brainwashed and influenced. The Young Soul may also become dependent on the dark soul, because their Soul Fragments and Light have been slowly stolen as well, and in order to function the Young Soul needs their Soul Fragments (that they have unwittingly given away) and that is how they are controlled. This is common with Black Widows, and couples where one controls and manipulates the other. The Soul is made up of different fragments that make the Soul whole, a little like the body with the heart, lungs, brain, etc., when you are missing a fragment or a fragment is weakened then the Soul functions poorly, just like a weak heart in the body. Those close to the affected Souls will notice a sudden change in how they behave, and appear. 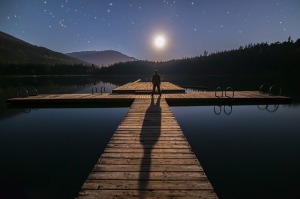 Soul Fragments can be lost (see Soul Retrieval), but they can also be transferred to another Soul. That is often the case in parents and children where fragments can be transferred to help them heal if there is a loss. Often this is done at a subconscious soul level, and only part of a fragment is given, a little like donating blood. Energy fields can be hard to explain, but there are energy vampires with dark souls who feed off light energy from those with innocent, vulnerable, or weak souls. Basically they prey on them or find their weaknesses, but why do they do it? Often it’s for money, status, or for some personal gain, that’s why they may seem powerful, but once that control over the other soul is broken, then that power disappears. When I say vulnerable souls, that can include those who have been ill, who have suffered a loss, had an injury, and includes depression, and addiction. All these weaken the soul strength and thus are easier targets for dark souls.

Now this can happen to all Souls and not just Young Souls, but as Young Souls have less experience of dark souls they won’t recognize them, and that is part of their soul and learning experience. A bit of a tough one, but we have all been through it. You will also find a dark soul will try and keep family and friends away from their prey, because there is a chance there will be an Old Soul who can spot this and who will persuade the Young Soul to keep their distance. Much depends on the Young Soul if they are good listeners, trust others, or if they are arrogant and egotistical (or have been spoiled as a child) as to whether they will heed any warnings. In addition, some may feel it is out of place for them to say anything, especially those who live in a hierarchy, such as say the military, royalty, or a family business and the dark soul knows this as well. This leaves the Young Soul vulnerable, hence why they have more Guides, but they need to learn to listen to them and understand the message conveyed. 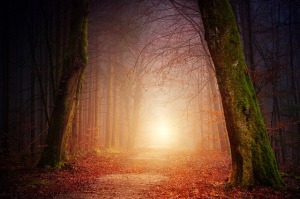 During an incarnation we will meet all kinds of souls, and through instinct and experience we decide on the ones we wish to interact with. We can’t all be liked, and sometimes there are those I ‘m just not drawn to for no particular reason and I’m sure others have felt the same about me. The dangers are when dark souls infiltrate and consume a Soul and their Soul Group, because when this occurs, it affects the Soul Group, and that means past, present, and future because there is a Soul Energy Bond that the dark soul wishes to acquire. Soul Groups can be extensive, and you can’t possibly consciously know every member of your group in, but on the other hand Soul Group members can transfer their energy to help other members in need. That is why Lightworkers can help out as transient Soul Group members, by healing and also reinstating lost or stolen energy. Guides will often ask Lightworkers to assist on a physical level, especially when a Young Soul is lost and can’t hear, and thus a connection is created for this purpose alone. Once the Soul is healed or is back on their rightful path, that bond dissolves.

As a Lightworker (and I’ll be honest I’m not fond of the term) I find myself drawn to people or they to I out of the blue, and the reasons become apparent later on. It could be on a website, an article I am reading, or someone next to me in the queue. Contrary to belief most Lightworkers don’t go around trying to find people to help, although some appear to do so and trawl internet forums to find those asking for help, maybe it’s an ego boost for them? 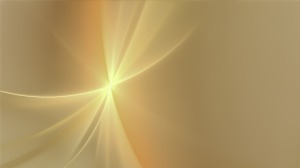 I’m also going to be honest with you that even with a Lightworker intervention, sometimes it doesn’t work or is too late when a dark soul has been squeezing the energy out of a Young Soul. They maybe saved, but that doesn’t mean they will just get back to normal for that experience will remain as an imprint, to remind them of the lesson learned, a little like the scar once a scab has been removed. On the other hand the lesson may not have been learned, and that’s when sometimes as Lightworker I feel I have failed. Yet, I must remember that each Soul has the ability to exercise free will, and that too of their Soul Group members that may not have thought they had a right to act, but they did, for they too will suffer some of the consequences. These extend beyond the current incarnation, which is why Spirit sends Lightworkers to assist to prevent too much karmic debt arising, and also to prevent a Soul from having to undergo intensive healing.

Our choices and actions affect our Soul Group members, both good and bad ones. I still believe that dark souls have the capacity to learn, and they are given multiple opportunities to see the errors of their ways and to make amends, but it is their choice whether to or not. There is hope, as one dark soul I knew later met someone who inspired and and encouraged him to be less self-centered by example, and he in fact changed.

Young Souls can also have dark souls for they are easily tempted and persuaded, and are still learning to navigate the unspoken and unwritten boundaries a Soul must learn as they evolve. That is often why Young Souls can feel blocked or stuck on their path, for they have taken a wrong turn and don’t have the experience to know what to do next. If you see a Soul Group member being taken in by a dark soul, remember, you have a right to intervene because the Soul Essences of members of a Soul Group can be shared, or imprints will have remained and thus can affect you. Sometimes you have to be on the outside to see things clearly, which is why Lightworkers appear and I’ve heard so often people wondering where I suddenly came from. That’s not my doing, but those in the Spirit Dimensions who send aid to those who may need it. I say may, because Souls are offered assistance, and it’s still their free will to choose to take it. There are no hard feelings if a Soul rejects assistance either, and like a doctor helping a patient there are no guarantees either. A patient must also play their part and take responsibility too though (such as taking the right medication), and not expect someone to come in and sort things without any effort on their part.

These are the dangers a Young Soul faces like a baby zebra out in the jungle who walks into a den of lions, despite being told not to go that way but curiosity gets the better of them. That is also how a Young Soul learns the tough Soul Lessons of pain and betrayal and in their subsequent incarnations they will be able to recognize dark souls and hopefully avoid them. 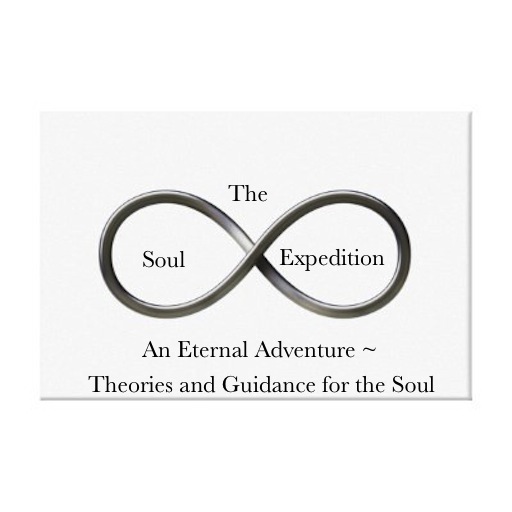