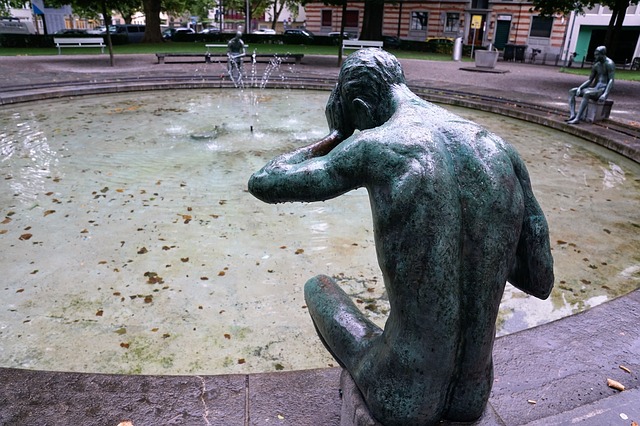 We’ve all been in situations where we’ve thought, ‘where did it go wrong?’ or ‘that wasn’t supposed to happen!’ and we become disillusioned with life. That can then lead to a loss of faith and hope, after a while, even for the most optimistic among us. Take a very deep breath, because from disillusionment we can learn so much more, (gratitude, appreciation, and humility), and from that we can teach others too. It won’t be something you seek, but arises from expectations unfulfilled, while some are reasonable, others maybe expecting too much. It’s not instant either, but comes to you in time and gives some modicum of satisfaction something good happened from it.

There is nothing wrong in expecting something and looking forward to things, but as we know things don’t always turn out as they ought to, or when we would like. Very few things in life are perfect, and as you get older or more experienced you learn to appreciate those rare moments. When a Soul gets disillusioned, what do they do? Do they question the Higher Self, lose faith, or withdraw to try and figure things out? Were they being unrealistic, or perhaps their vision was blurred?

My friend Bev inspired me to write this when we discussed a mutual spiritual friend that went off the grid and retreated. I recall our first meeting as I was working at a spiritual retreat and she called to make a booking for a workshop. She was a bit all over the place as to what day she would arrive, and if she could pitch her tent (it was winter) and whether she could barter enough to pay for the course. I spent a considerable amount of time on the phone to her and chatted, and there were a few calls. Eventually I met her a few weeks later and we both already knew we were going to get on. Fast forward several years and I count her as a close friend even though I haven’t seen her for a while, who is a wonderful listener. Our mutual friend was at the same spiritual retreat, and I recall her arriving with a beaming smile full of positivity and hope, then on the day she left (she saw a bit behind the scenes as she bartered a lot) that smile waned and that brightness was dimmed. Not what you expect when you attend a workshop at a spiritual retreat, and she may beg to differ, but I read Souls, and there is a difference between how you actually feel and how you wish to feel.

Bev said, “Being at …is always a process of disillusion and then wonder, and then…” because you go in with expectations and when they aren’t fulfilled, you get disillusioned. Then later on in hindsight you realize you learned things that you weren’t expecting, about yourself and humanity. When you realize this, then you can pass on this knowledge to others. This is why disillusionment is seen as negative, but negatives can turn into positives in time.

What disillusionment has taught me is that what we often seek is not always what we need, but what we desire or have been told by the media we need. In spiritual terms, I am opposed to those telling me I need to read x, or y, or that I need to connect to this or that to become a more spiritual person. The most important connection is to your Higher Self, and when people ask what is that, I tell them it’s the real you that acknowledges the mistakes made, mean things said, the times when lines were crossed, the lies that were told, as well as the evolved side. You have to be truly honest with yourself when you are biased or stubborn, and at the same time when you learn to forgive, or choose to do something to help another without a conscious thought.

We get disillusioned because the expectations were not of our own making but from others, which is why it occurs. These days I don’t expect too much, but I have high expectations for myself, as that is my choice. What I have learned is not to be too hard on myself and that expectations aren’t always wholly realistic, but when we experience disillusionment, it enables us to be more realistic and grounds us. Therefore, while some see it as a negative connotation, it is actually a positive as it helps the Soul evolve because it learns to appreciate things for what they are and the limitations. The Soul can also decide their own levels of what to expect, and thus are in control of what they seek, and that is an evolving Soul.

The Shift, The Coronavirus Pandemic, And Challenges To Humanity

Jumping Off A Cliff

Sensitivity to Smells ~ Finding a Balance

Are Failures Our Greatest Lessons?