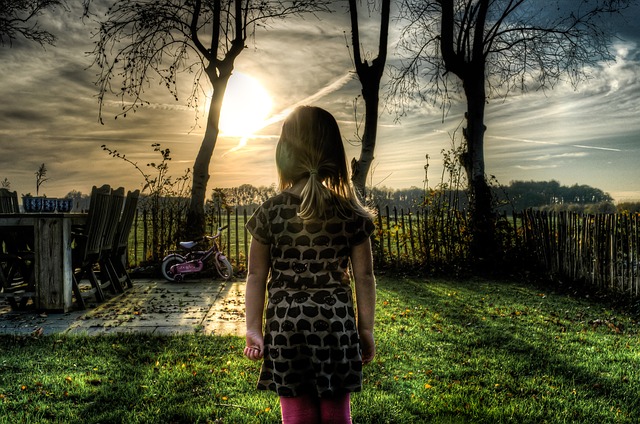 At what age should spiritualism be explained or introduced to a Soul? To some people it’s seen as hokey cokey and woo woo stuff, and to others it is a way of life, or being spiritual has a meaning to them. I wasn’t brought up with spiritual people around me—religious yes, but not spiritual, and my becoming spiritual was a conscious choice I made around my mid-thirties.

However, it wasn’t as if I suddenly decided I was going to be spiritual overnight. That isn’t to say that I didn’t have spiritual experiences from an early age, because I did—I just didn’t understand them. It was a slow and gradual process, where I faced doubts and challenges until things started to form a picture that made sense only to me. I do have concerns over new Souls that are introduced to spirituality and a spiritual way of life too early on, and not being given a choice to follow that path. There is a difference between being shown a spiritual way, and only knowing a spiritual way of life. Each of us should make a conscious decision and understand the implications of what spirituality entails before we accept it as a way of life. Of course people do dabble in spirituality, and follow some beliefs and not others, and while that can lead to a spiritual path, it is still a choice.

It also depends on what you define as spiritual. People who use tarot cards, runes, numerology, astrology, or meditation may see that as spiritual, and the media may classify it as such. I don’t see the need to classify, and I know people who meditate and who follow astrology that aren’t particularly spiritual in my opinion. I’ve spoken to some people who told me they were brought up surrounded by spirituality due to a parent being a tarot card reader or psychic, but is that right to expect a child to accept your beliefs and chosen way of life? Shouldn’t it be a choice each person makes when they have the facts available to them? Some of them consider this to be helpful and feel they are more spiritually experienced, but have they really chosen or not?

In hindsight, if someone explained to me what spirituality was, what the things I saw were, or that my Soul was a reincarnation of another Soul as a five-year-old, would it have helped or hindered me? I can only speak from my own experience, and I don’t think it would have been fair on my growth or the innocence of my childhood. Spirituality is a serious topic and not one that a child can fully grasp, even if they have intuitive gifts. Perhaps having someone to guide them rather than to expect them to be spiritual is a better way to do things? Somehow I knew what I saw, heard, and felt was something not to be discussed, and it was for me to discover—it was my journey, and I had to choose the pace and when I wanted to embark on it, or postpone it.

I have met a couple of teenagers who I knew were spiritual, yet I chose not to say too much to them because they needed to discover things for themselves. Becoming spiritual at a young physical age can cause damage and confusion when one hasn’t experienced things, or grows to expect things through manifestation or other means. Spirituality owes us nothing, and the general premise is that some of us have the ability to see things beyond the human perception. It’s possible, but one must remember that there are always several probable outcomes and nothing is definitive. Having too high spiritual expectations negates the spiritual path, and that is one of the problems those who are new on the path face. Mass media promotes all kind of promises, and spiritual websites tell people if they do x, y, or z then this can happen. That is simply not true, as there is a greater power out there that has already laid out the paths to choose from.

One can be old physically, yet spiritually young as they awaken later in life, or a physically young person could be brought up in a spiritual family, but not actually be spiritual at all, except on the surface. People can also be spiritual without any gifts—I have friends who are spiritual and have no gifts they are aware of or limited gifts. They tend to see themselves as less spiritual when they are not. Having a gift doesn’t automatically confer spiritual rights. In my considered opinion, it would be irresponsible to encourage a child to follow spirituality unless they need guidance with their gifts, or to expect them to follow a spiritual way of life with no choice. That moves into cult territory, and which is why people see spirituality as a cult or as brainwashing. I don’t blame them either, which is why spiritual people who are parents should not force their beliefs onto their children. It’s like a parent choosing which religion a child should follow; traditionally they follow the religion and politics of the parent, but is that fair or right? Often when children are able to understand the differences they make their own choice (or rebel) and the same should be for spiritual beliefs. Guide, don’t dictate, and allow a spiritual path to be a conscious and informed decision.

One thought on “Are You Too Young To Be Spiritual?”